I have received this particular question from over 50 of my followers.  I decided that it was time to answer it.  This week, Luis Sergio Chavez wrote, “It would be great if you could cover also the mental strength aspects or techniques to mentally recover from 0-4 where you are the one who made 4 mistakes in a row.  I would love to learn from your experience and knowledge on how to get back on track.”

Winning Defined by the E.L.M. TREE

What was buried in the initial mystifying sport psychology lecture were three keys to success in sports.  Athletes on your team absolutely will be successful sooner or later if they…
#1 Routinely give their best


For years, I have been trying to convince my students to avoid sitting.  Sitting too much before, during, and after training and tournaments will kill your body.  Think about it...
1. Players often is for 3-4 hours driving to a tournament
2. Players immediately sit down between matches for extended periods of time
3. As soon as the tournament is finished, players immediately sit back in the car and drive another 3-4 hours
4. Players wake up the next day and rest by sitting for 10 hours in front of the TV

Learn how to take down the top dog!


When playing a much, much higher rated opponent, it is critical to challenge him early in the match.  If you are a 1500-rated player competing against a 2000-rated player, you will likely lose.  If you play your normal game (statistically speaking), you don’t have a huge chance of winning.  This is the reason that you need to take some risk and CHALLENGE your opponent.

Assuming that you are a 1500 looper and your opponent is a 2000 looper, here are some possible ways of taking slightly more risk and challenging him… 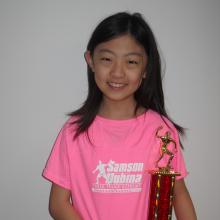 Learn to Maximize Your Tournament Performance

In tournaments, do you notice any trends to your wins and losses?  You must be like a detective and figure out why.  Figure out if there is anything that you can possibly do to fix these losses.